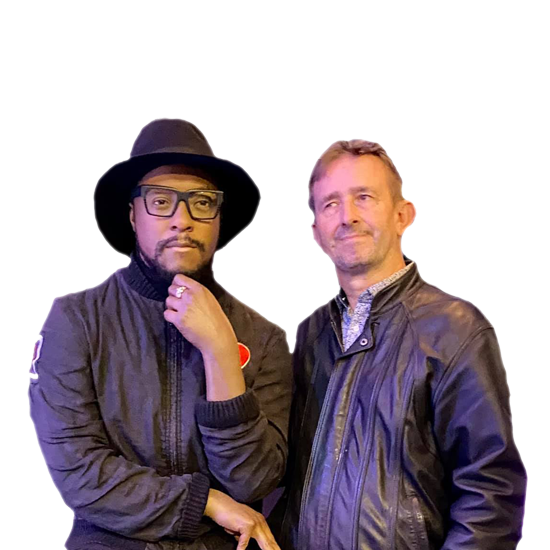 David is back on the Breakfast show after the person who was meant to replace it.... just could not hack getting up at stupid o'clock every day! So we find him doing a slightly different breakfast show, covering until the New Early Bird takes over (hopefully in February! The show will feature all the things that thousands of listeners have enjoyed over the past 4 years of Delux, Including, Guests and competitions. So a bit about David ... Anything can happen on DW’s show, and it usually does!

A little bit about David David started out as a mobile DJ using a 200 watt disco console with Garrard sp25 turntables, but his interest in radio started from an early age when he first heard Kenny Everett on Radio 1! “His zany sense of humour and comic timing were genius,” says David. It had a profound affect on him and has definitely influenced his style of presenting. During David’s varied career he gained a lot of experience at the BBC, then went on to work with Jounglers Comedy Clubs, helping to create the careers of many of today’s familiar household names.
David has been fortunate to travel the world, supplying major hotels, venues and cruise ships with top quality artists through his successful entertainment agency. He says “I have been humbled by the many great people I have had the pleasure to work with and to interview along the way, a highlight being Bill Clinton on board Cunard’s Queen Mary 2 cruise liner. But creating Delux Radio has become my passion and is my greatest achievement to date.”
What makes David happiest is being at home in Kent with his dog Teddy, where he records his shows from his beachfront home with a beautiful view of the English Channel. He loves his “rant” in the afternoons and enjoys nothing more than including a little irreverent humour along with his opinions on anything and everything making the news, all washed down with plenty of cups of tea – and two hours of the best music you’ll hear anywhere! David says “I think you can tell I love my radio… and in the words of Kenny Everett “I prefer Radio to Television…because the pictures are better!”
To send David a request, just email
david@deluxradio.co.uk
David’s Favourite Tunes:
Favourite Artist: ELO
Favourite Album: Out of The Blue by Electric Light Orchestra
60s hit: “Jesamine” by The Casuals
70s hit: “Be Thankful For What You Got” by William DeVaughn
80s hit: “Stomp” by Brothers Johnson
90s hit: “Handle With Care” by The Traveling Wilburys
00s hit: “Drinking In LA” by Bran Van 3000
David’s Dinner Party Guests:
Kenny Everett, Damon Hill, Jeremy Clarkson, Robert Oppenheimer, Piers Morgan, Lord Sugar, Richard Branson and John Lennon.
David’s Bucket List:
to be part of the Delux Radio revolution, to build my own house and to stay as happy as I am now!