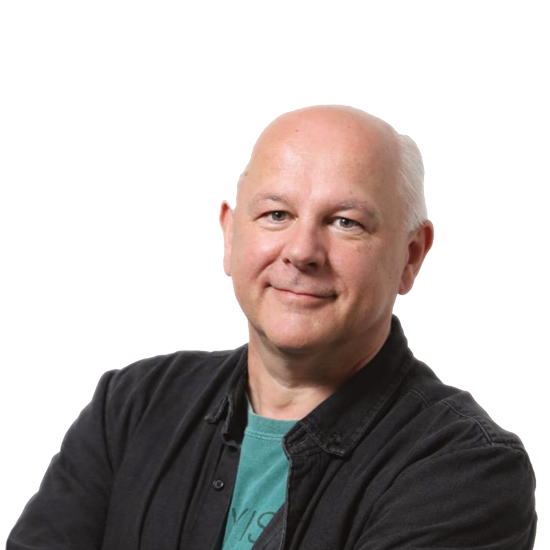 1) Name: Ian Shipley
2) Where are you based: Dublin, Ireland
3) How long have I been a DJ: On and off for c40yrs I did start when I was 12 years old!
4) How did you get into being a DJ: I was asked to mix two records at a youth club disco while the DJ went and made a phone call, He took longer than expected so i played a few more songs, within a month I was the resident DJ
5) Something about you no one knows: I once flew business class to New York to photograph a carrot
6) Your favourite song from the 60’s 70’s 80’s 90’s and 00’s: 60’s / Van Morrison - brown eyed girl 70’s / Slade - Far far away 80’s / John Farnham, the voice 90’s / Goo Goo dolls - Iris
7) If you could have a dinner party with 10 guests living or dead who would it be: Che Guevara, Elvis, Rosa Parks, Martin Luther King, Emmeline Pankhurst, Robin Williams, George Carlin, Prince Charles, Oprah Winfrey and Paul McCartney
8) Who is your biggest radio influence? John Peel
9) What do you love best about being a delux DJ: freedom of music
10) Whats the funniest thing that has happened to you on air (or if nothing in your life): not on air, but well DJ’ing a larger function in a hotel when someone had left a bath running in one of the rooms above and the papered ceiling slowly bulged until it exploded with a shower of water over the entire dance floor
___________________ Bio:
Originally from midlands in the UK, I Started out DJ’ing at the tender age of twelve at youth club discos, then upon leaving school at fifteen I became a full time Dj working numerous club residencies covering dance, alternative and rock nights across the UK, before taking on residencies during the mid eighties in Denmark, Sweden and Switzerland.
Over the years I have provided support as a DJ for numerous acts that included Edwin Starr, The Real thing, Odyssey and many more, along with live appearance support for many Radio 1 DJs, back in the eighties. After many successful years behind the turntables, I took a break from music to pursue a “normal’ career and other creative endeavours that included co-creating the Violent Veg cartoons and producing editorial features for music and automotive magazines. I have been lucky enough to mix my photography wth music by photographing great performers like Ben E King, Judy Collins and Bastille to name a few. Having got back involved with music and doing a project documenting musicians and buskers in Dublin, the fire in me was rekindled to get back behind the decks.
I currently host the weekly Retro Rock show on Delux Radio from my home base in north Dublin, Ireland. Ireland is a hot bed of music and provides great inspiration. I will be drawing upon an eclectic music knowledge, taste and personal music collection to hopefully bring a varied sound to the show, drawing upon a catalogue of great rock music from the 50’s through the 90’s and my experience of DJ’ing in a number of countries. I’m now looking forward to growing Retro Rock with the Delux Gold team
——————
Retro Rock, the show
With the Retro Rock show I like to bring an eclectic mix of music. For me Rock has many genres within it, Heavy rock, soft rock, glam rock, folk rock, AOR and more. Thats the beauty of it, and it is this diversity that will enable me to create a not too predictable show in terms of the music selected. Within one show I can go from Led Zeppelin to Bob Segar to Dylan the Leningrad cowboys and ACDC, rock is a genre that has more than stood the test of time, it has provided the bedrock upon which many other styles of music have been created and the soundtrack to many lives.
Within the show from time to time, I have the three on theme, nothing too taxing just your chance to try and guess the word that links the three tracks. At times venturing out onto the streets of Dublin and asking buskers to pick a track from what I call the great buskers song book, in some cases having them play a few chords of the track until bringing in the original track. I don’t take myself too seriously, its about the music and dusting off some of the those tracks that we all know, but have not heard for a long time.
Come along for the ride and if you would like a particular track playing, get in touch and i’ll see what I can dig out of the box.