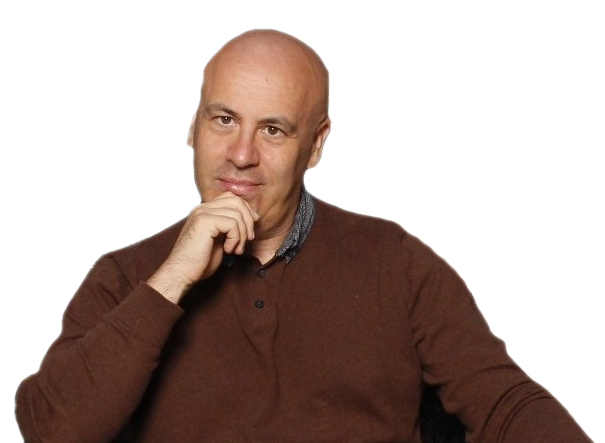 Like many of our presenters here at Delux, Paul first got into radio by way of his local hospital radio station way back in 1989. By the early nineties, he’d moved on to satellite radio – a medium which most people neither heard, nor heard of at the time. Stations would boast potential listener figures in the hundreds of millions, yet their actual listener figures were substantially less! Then he bought the eye patch, buried some treasure and became a pirate, working for a brief time on The Voice of Peace in Israel, but choppy seas and the sudden change of format to easy listening meant that he didn’t stay there long.
Returning to the UK, it was time for him to settle down and get a ‘proper job’, although he never strayed too far from a microphone and now spends his time between radio shows as a voice over artist.
Paul has enjoyed some interesting roles as a voice over. He’s been the voice of Kermit the Frog for a celebrity’s 60th birthday party, the voice of the American Flag for NASCAR and is currently a mole, a zebra, a wizard and a car across various children’s shows on Netflix. Here on Delux, he’ll be enjoying his childhood and bringing us our favourite memories from the 1980s with The Aptly Named Eighties Show. There’ll be music for everyone – New Romantics, Goths, people who quite liked Chesney Hawkes – you name it.